There is a lot of debate around what matter and anti-matter actually are. My own personal belief is that matter, and equally anti-matter, derive from mirrored matter density fluctuations in the background quantum medium, as per my own Fractal Scaling Cosmology (FSC) model, that constitutes the abstracted mathematical space-time continuum model in General Relativity. This dynamic is similar to what John Wheeler proposed in 1955 with the concept of quantum foam. The difference between “quantum foam” and FSC’s “quantum medium” is the very explicit description of the quantum medium’s constitution that the “quantum foam” description lacks. This description of the quantum medium is very explicit, predictive and extremely fundamental because it was derived unavoidably by the laws of fractal mathematics. This quantum medium (qm) is itself made up of the matter that constitutes quantum particles, with some very explicit and special properties, and more so because it’s fundamentally fractal.

Much of this debate, at varying levels, believes in some variation of matter deriving from a background “aetheric” medium that fills all of space, and much of it uses pair production of matter and anti-matter to argue this. One particular alternate “aetheric” model using the pair production argument is the electron-positron model (e-p model), of which there are varying models with different explicit details. Here I’m generalizing all such models for the sake of simplicity. The problem I find with these models are that they fail, at least to my own understanding, to explain the mass of quantum particles, such as an electron, or properly describe how vector velocity trajectory is maintained. The reason why I have issue with this model is that the electron, and positron, in some models, are themselves the fundamental constituents of the “aetheric” medium, and because of this, it raises some very fundamental issues. 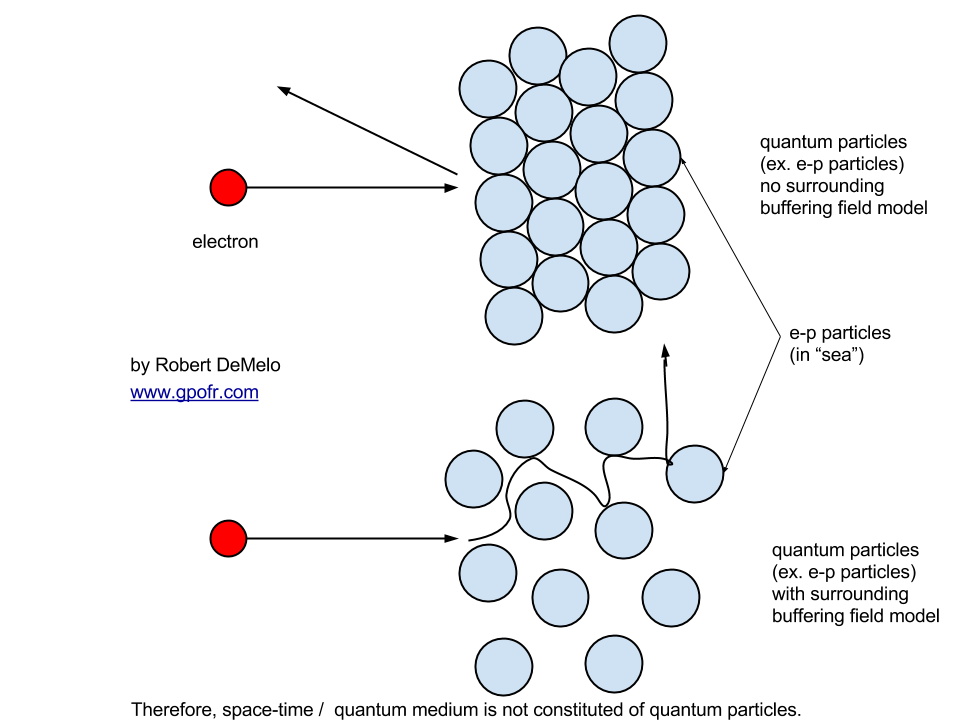 My own quantum medium (qm), in the my Fractal Scaling Cosmology (FSC) Framework, is also this “aetheric” medium that is also equally space-time, meaning density variations in the matter density of the background quantum medium (qm) additionally distorts the experience of distance and time, which means it’s inline with Einstein’s GRT. The difference between the FSC quantum medium and GRT space-time medium is that the FSC quantum medium is described much more mechanistically and fundamentally, which GRT is not, but it does not mean they are describing two different things, which they are not. They are describing the same thing in different ways, where GRT is superficially geometric, and FSC is far more mechanistically fundamental. This quantum medium (qm) is constituted of self-similar sub-quantum particles that resemble quantum particles self-similarly but are much much smaller than quantum particles themselves.

In FSC, annihilation is a destructive wave interference of two mirrored pulses in the “aetheric” medium (quantum medium, space-time continuum) of positive and negative matter densities of equal(ish) amplitude. These “aetheric” medium pulses can be considered, or described, to a certain degree as an “energy” substance, but they’re not. It’s a fundamental matter construct of “dips” and “rises” of quantum medium matter density containing energy. The energy causes and maintains these pulses. These pulses containing energy cannot be erased from existence, only converted, therefore they can exist from long periods of time until encountering destructive interference patterns. In my own FSC quantum medium, this fundamental matter is constituted of sub-quantum particles, fractally self-similar to quantum particles themselves, but much much much smaller. After annihilation, the quantum medium pulse generated (boson with explicit properties) has far more velocity than its prior annihilated quantum particle constituents, maintaining the conservation of energy.

To help understand these concepts and arguments, I’m providing the following diagrams: 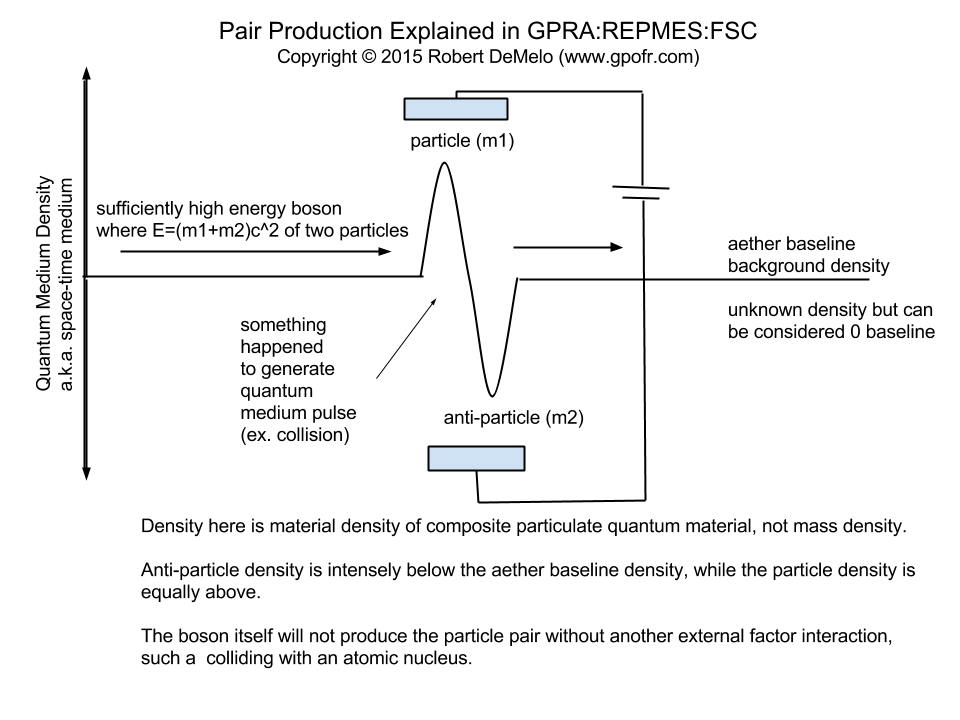 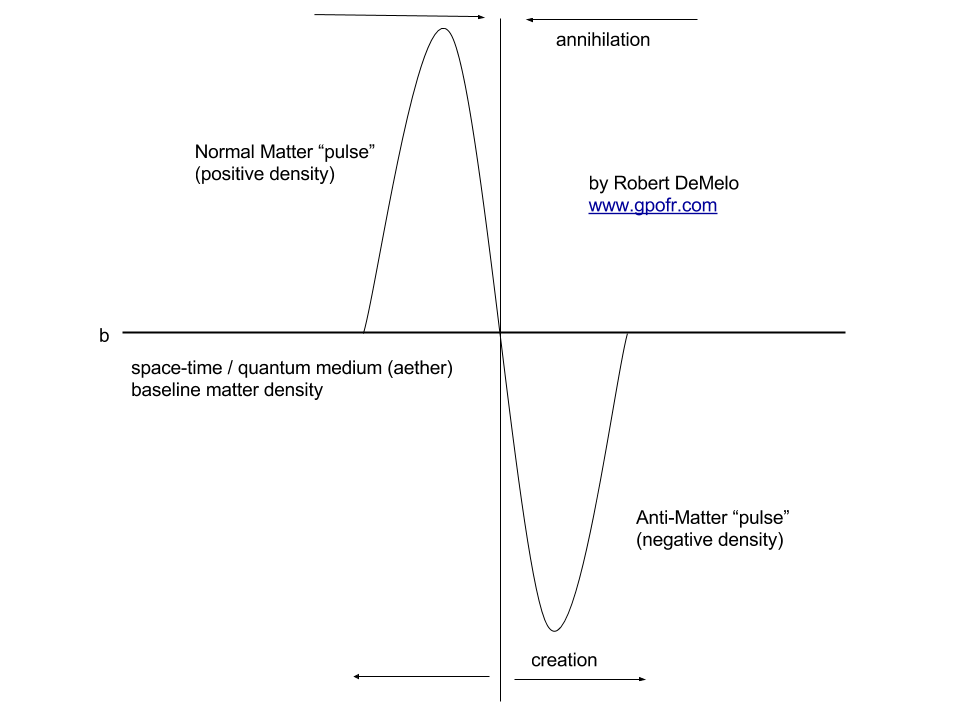